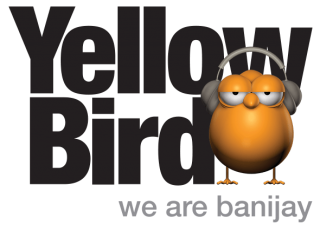 – Being selected to participate in two competition categories couldn't be better timing for our series, which has already been sold to France, says Søren.

The climate thriller THIN ICE with Lena Endre, Alexander Karim and Bianca Kronlöf in the lead roles premiered in Sweden, Norway, Denmark, Iceland and Finland in February 2020. The series will now move on to France and Series Mania - the most important meeting place for the TV series industry with over 70,000 annual visitors.

THIN ICE is competing in the categories: International Panorama and Audience Awards.

– After successful screenings in the Nordic countries in February, it is now time to distribute THIN ICE internationally. Being selected to participate in two competition categories could not be better timing for our series, which has already been sold to France, says SørenStærmose.

THIN ICE is produced by Søren Stærmose on Yellowbird for C More and TV4, inco-production with Kidda Rokk / Sagafilm and in collaboration with France TV, DR, NRK, YLE, RUV and Lumière. International distributor is Banijay Rights. Executive producer at C More and TV4 is Ulf Synnerholm.

The production of THIN ICE has taken seven years to complete and has involved five out of eight member countries of the Arctic Council: Greenland / Denmark, Norway, Iceland, Sweden and Finland. The series has spoken Swedish, Danish, English and Greenlandic and the actors come from all over the Arctic region, including the United States and Russia.

A research vessel is being attacked outside Greenland while the Arctic Council is trying to agree on an agreement that prohibits environmentally harmful oil drilling in the region. Behind the agreement stands Swedish Foreign Minister Elsa (Lena Endre), whose political advisor Viktor (Alexander Karim) is on board the attacked ship. The attack cancels Elsa's agreement rocking and at home in Sweden starts a fight against the clock for Swedish Security Police (Säpo)  agent Liv (Bianca Kronlöf) who is pregnant with Viktor's children.

YELLOW BIRD IS THE NORTH'S BIGGEST DRAMA COMPANY.
We create the best drama in the Nordic region based on grand stories - all the time hunting for new stories, perspectives and talents.